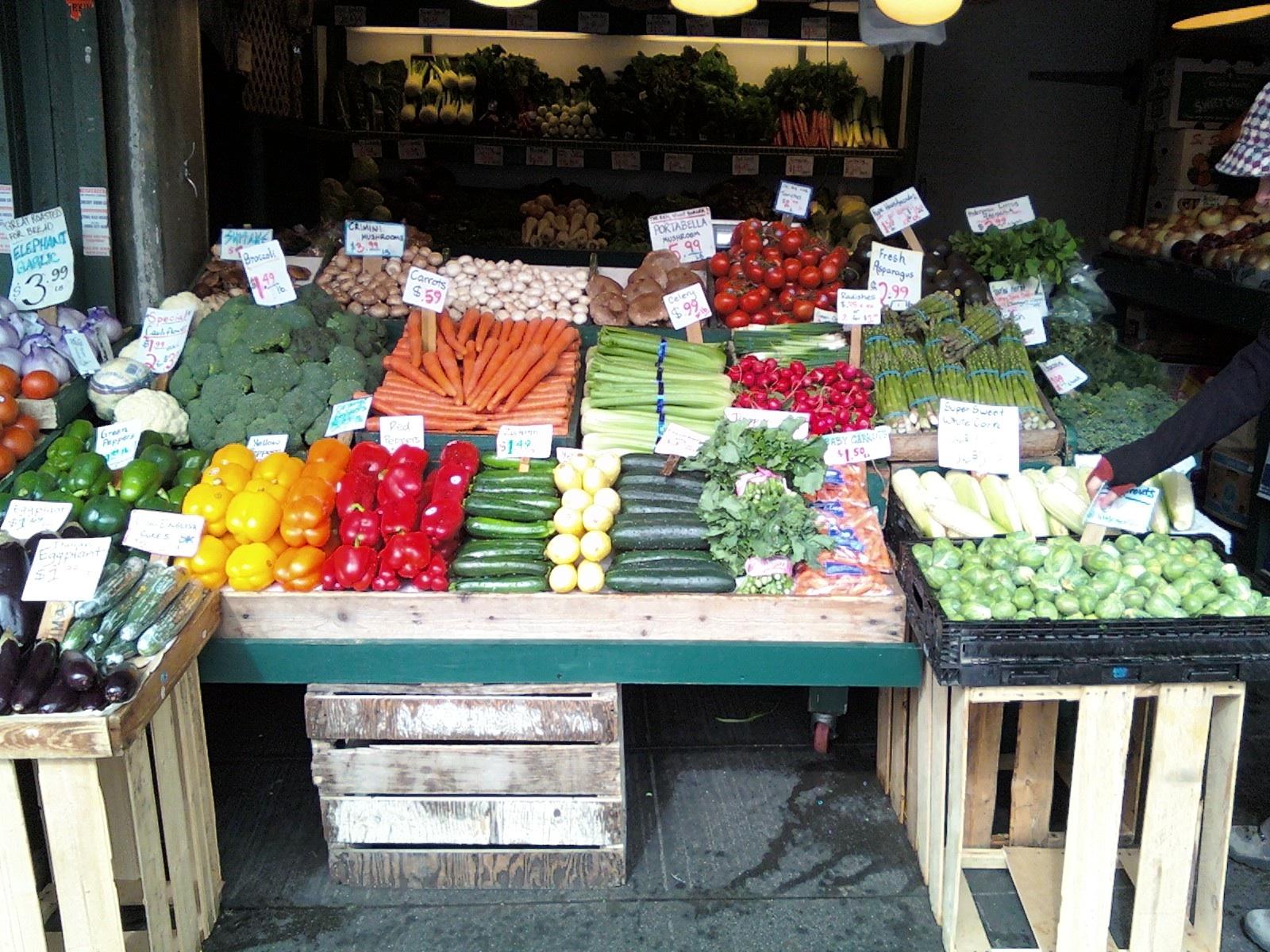 CSA stands for Community Supported Agriculture. They are local farms that allow consumers direct contact to the produce that they consume. Most CSA’s are set up as a way to encourage local, sustainable, organic farming which, is beneficial in many ways---so many in fact that I would need to publish several articles to describe all the facets of society that are improved by using CSA's as opposed to grocery stores. The benefits are environmental, economic, educational, and health related.

The idea behind CSA is that we do not need to import the massive amounts of produce that are present today in our grocery stores. Most of it can be grown seasonally and locally. Large agricultural operations require huge tracts of land which leads to deforestation. As more and more people rely on imported produce, forests are being clear-cut in temperate areas close to the equator (where the largest variety of plants can grow year round) to make way for these large agricultural operations. Furthermore, most of these forests are in developing countries. When land is cleared and crops are grown very little of what is produced remains within the community, which is bad for the people of those communities. It is all exported for profit, leaving the worst of what's produced, or nothing for the locals. Commercial agriculture also monopolizes water supplies leaving little for individual use, such as for a small single family farms. Most commercial agriculture projects also uses harmful farming techniques that cause pollution of local water supplies and soil because of all the pesticides, fertilizers and herbicides, which are bad for all our health. Furthermore, as more and more people depend on this type of large scale farming practices more and more land and water is needed.

The increase in food imports may mean more variety for consumers here at home but at what cost? Imported food is often preserved in unnatural ways and supports an unsustainable farming style that is damaging to the environment, local economies, and human health. CSA’s seek to address all of these problems with one simple solution. Motivate people to get back in touch with the land and grow their own food organically or support the local active farmers financially, and in return receive a weekly supply of seasonal produce year round. According to the website localharvest, the first CSA’s were actually started in Japan 30 years ago. The first CSA in the USA was started in Massachusetts in 1985. Today, there are over 1500 CSA’s throughout the US and Canada. There are seasonal CSA's and year round CSA's as well as CSA's that require members to farm themselves like the P–Patch, and others that just require you to buy a yearly subscription in return for fresh produce. Local CSA's include the P–patch which has 2500 hundred plots in the greater seattle area. TheTilth Association in Seattle is also involved in the creation of CSA's and holds gardening classes and events throughout the year. The first CSA in the Seattle area, The Root Connection, was founded in Woodinville by Claire Thomas. Recently KUOW did a story on this CSA. To hear the report, click here.

HERE ARE A COUPLE SHORT VIDEOS ABOUT CSA's COURTESY OF YOUTUBE.COM 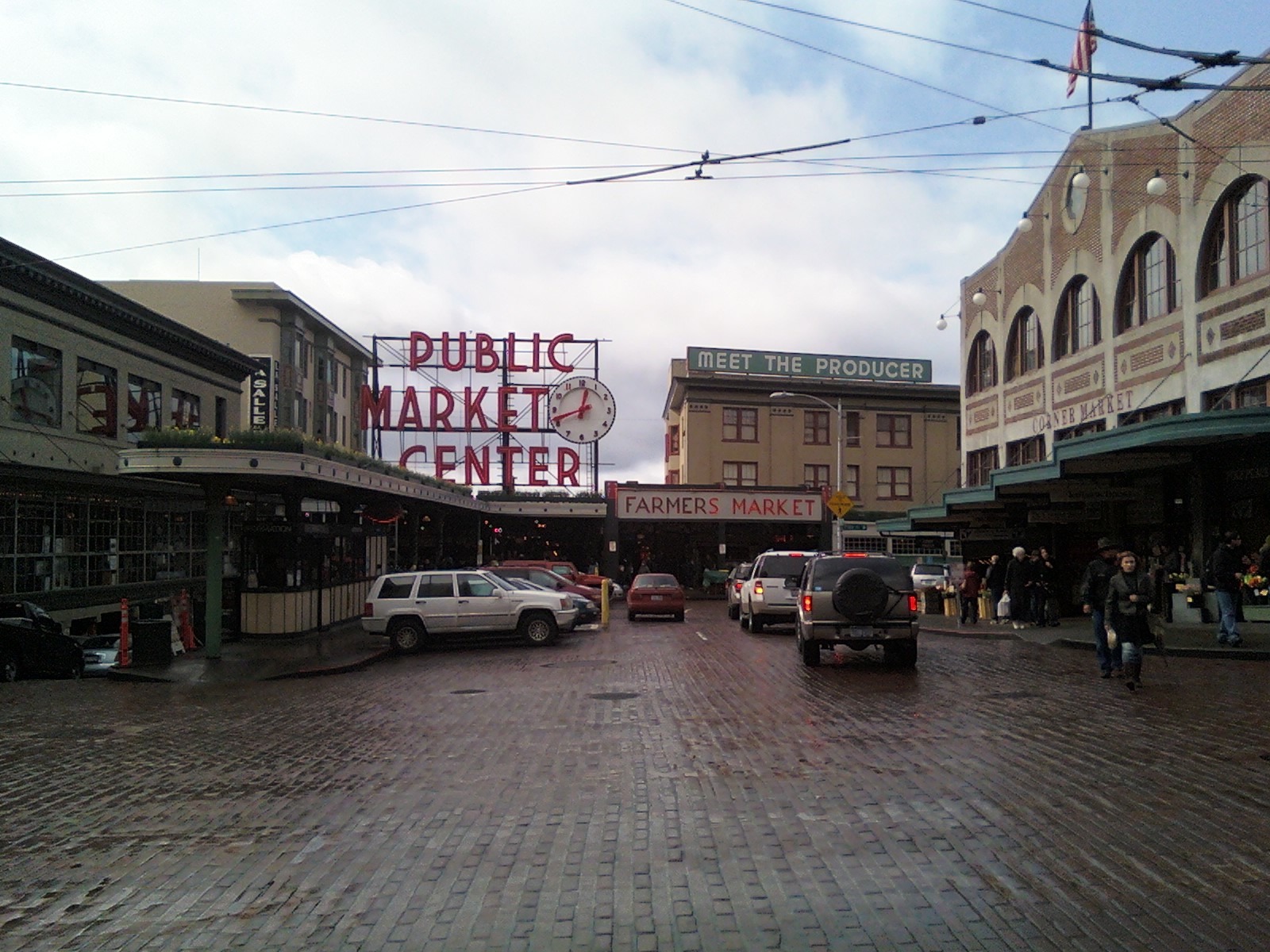 WHAT'S THE DIFFERENCE BETWEEN A CSA AND A FARMERS MARKET?

The main difference between these two, is that at a farmers' market, even though you might be buying from an individual, depending on the season, your location, and the person you are buying from, you may not be getting local fresh produce. I recently spoke to a vendor selling produce at the Pike Place Market, and what I found was interesting. Farmers' markets can be misleading. Because of the season, right now, most produce is bought from larger suppliers just like a grocery store. One vendor I spoke with told me that right now the only local produce available are potatoes and apples. He let me taste an apple picked locally in October that tasted like it was picked that morning. He described a nitrogen gas process which deoxygenates the produce and keeps it one degree above freezing in order to preserve freshness and prolong life. He also said that right now he is importing a lot from South America where the climate is more temperate and they can grow all year round. He concluded by assuring me that whenever possible he buys locally and also has a farm in Puyallup which he tends from April until October. He also said that most vendors in the market have farms and sell local produce in the normal growing season but, in the cold months, to stay in business it is necessary for him to buy international produce. So, a word of caution: just because you buy it at a farmers' market does not mean it was locally produced. Also, if you know what is in season and only eat seasonally you are more likely to get local more nutritious produce.

Here is a link to a list of all the local CSA's for anyone interested in looking into joining. Just click on the link reading Information about CSA farms in the Puget Sound Region. Also eat local, like a local produce version of pasta & co. They are expensive, but they offer prepared meals made from all locally grown produce which is cool. I hope this wiki has been informational and enjoyable. Thanks for your interest in Community Supported Agriculture!