Jakarta is known as the biggest metropolitann area, and the most developed city in Indonesia. It also has the the highest population among another cities in the country. Unfortunately, there's still poverty in this glamorous city. It was started from the immigrants who came from other cities and towns, and from the surrounding countryside (usually poor villagers). They tends to think that Jakarta has big opportunities for jobs rather than their own communities, so they come to Jakarta often leaving their families behind, at least at first. It is very difficult to find a job in Jakarta, iand it also has a high living cost. Therefore, people who come to Jakarta looking for a job, soon run out of money and become homeless. If they have asked their families to move to Jakarta, they often build a small house (illegally) near the rivers, rails, etc. They still believe that they will get jobs. Because there are so many poor and homeless in Jakarta, these areas near the rivers are becoming larger and larger. The government didn't react to this quickly enough, now its getting harder for them to solve this problem. Below is the picture of the over population, and the poverty along the rivers. 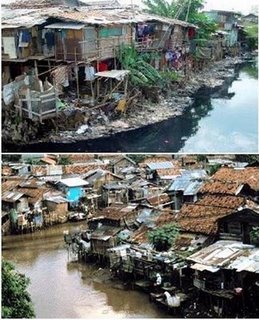 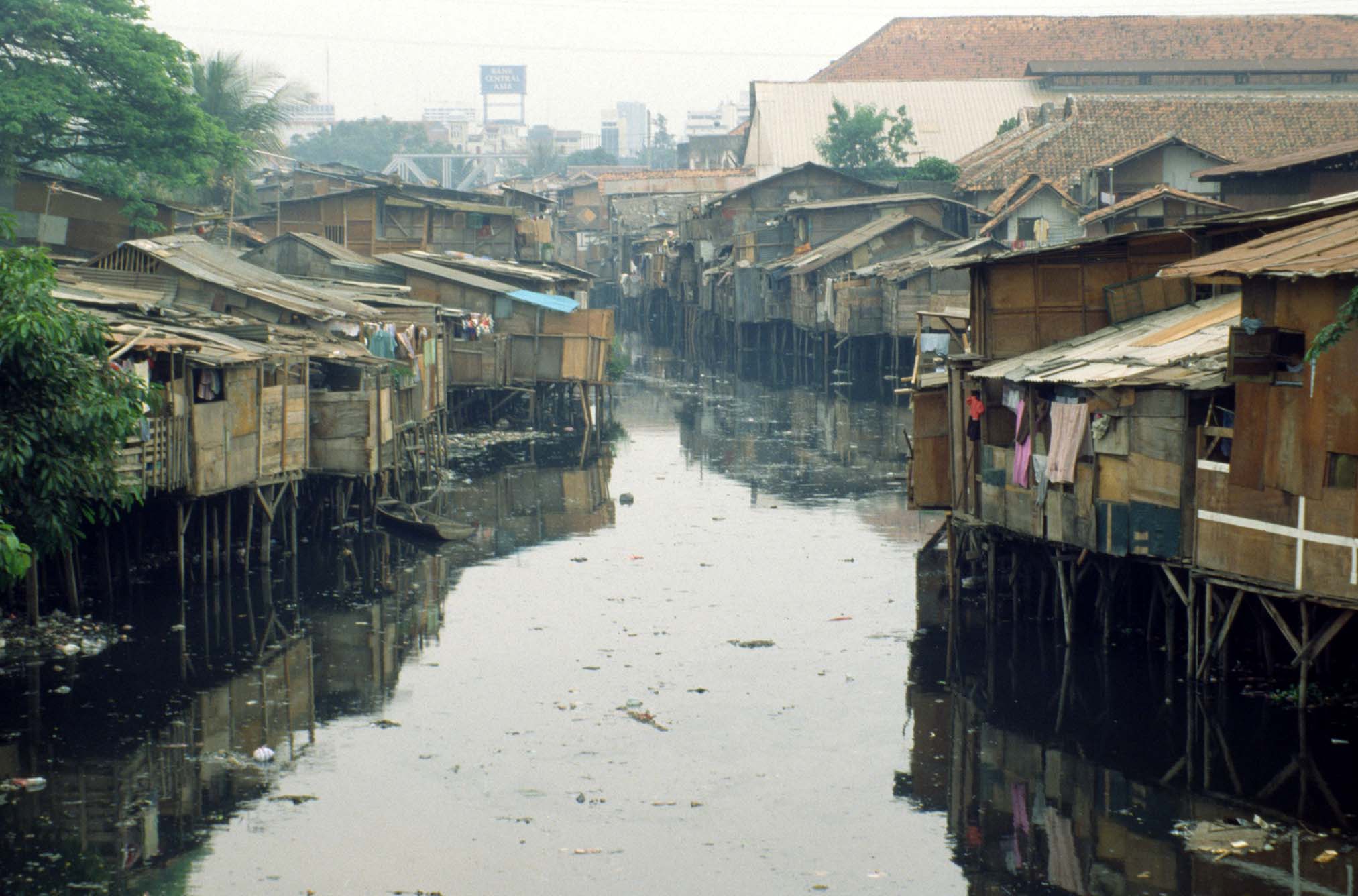 I did a research on one river called the Ciliwung river. It is the biggest river in Jakarta and it is also the most polluted one. I will talk about the life of people who live along and near this river. People wash their clothes, dishes, and even bathe in this river. We see this in the pictures below. Why do they do this? 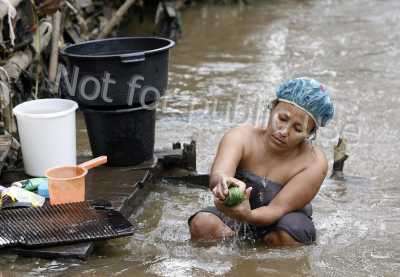 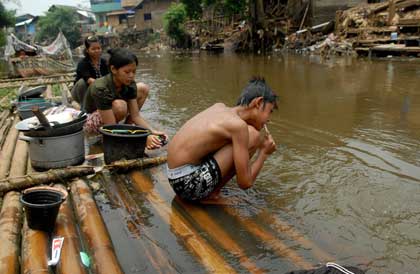 The high prices for the clean water, force them to live in that way. Their income isn't enought to be able to buy clean water. If they try to buy clean water, then they can't buy food and another daily needs. They also don't have their own bathrooms in their houses. They would have to use public restrooms, and they have to pay for using it. Therefore, they prefer to bathe in the river rather than pay to use the public restrooms. This use of the river also increases the amount of sickness along the river.

The Indonesian government has been putting forth an effort to clean the river, but it's really hard to make the river become really clean. In part, this is because some people don't really care about the river and they keep throwing trash and other stuff into it, which makes the river become worse every day. As a result, the river (which is shallow) overflows when rains come. 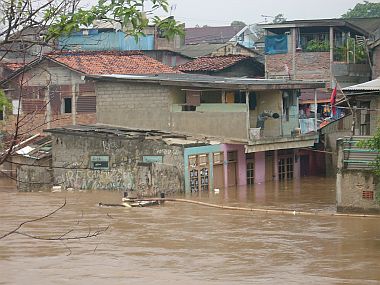 
Sources for the pictures and video :