The Republic of Indonesia is a country with an estimated population of 237 million people spread across it starting from the city of Sabang in Sumatra Island to the city of Merauke in Papua Island, making it the fourth largest populated country in the world. Indonesia comprises with more than 17 thousand either big or small islands. Among these islands, the islands of Sumatra, Java, Kalimantan (Borneo), Sulawesi, and Papua are the five biggest and most populated islands in the nation. The capital city of Indonesia is Jakarta, which is located on the island of Java and considered to be the largest city in the nation. Indonesia is widely known for its very diverse culture and hundreds of different languages (dialects) used all over the country. In fact, Indonesian language, or known as Bahasa Indonesia, is the official language used, in which almost all its people use it as a mean of communication. However, hundreds of different local dialects and accents are used in some areas of the country depending on its diverse regional culture such as Javanese language, Sundanese language, Balinese accent, etc.

Indonesia has been experiencing economic problems due to the global economic downturns that happened over the past 3 years, resulting in the rising number of poverty all over the country, especially in large cities such as Jakarta. Moreover, huge numbers of urbanization of people from rural areas to this metropolitan city keeps happening overtime. This situation mostly happens because those people are hoping to get a job and earns reasonable amount of income regularly, in which they believe that they will live a better life compared to they were back home. However, the fact says different, in which it is actually very hard to get a job in Jakarta due to large numbers of competition. Generally, these people will end up being homeless or else they are working with just receiving low and unacceptable amount of income for their daily needs. 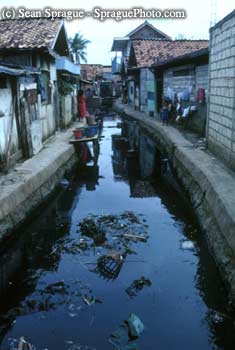 In fact, Jakarta is an over-populated city with almost 9 million people occupying the city, with approximately half of its population living in poverty. This condition creates a huge impact to teenagers whom families and themselves living in such conditions. They are required to stop continuing their educations due to financial problems, in which they are unable to afford their tuition. Research shows that almost 70% high school students living under poverty are unable to continue their study as a result of financial problems. Even worse, at a very young age, they have to work in order to help contribute to their families financially, so that they are able to fulfill their basic necessities at least. Despite having to sacrifice their dreams of having the best educations possible for a better future, these teenagers are also living in a very poor environment with poor access of clean water, limited living spaces even to fit their families, very limited electricity, polluted land, etc. They even live in places that most people cannot even imagine such as along the sideway of dirty rivers in the city, railway, under a bridge, and near a lay stall. Moreover, they will not also be able to provide themselves with good nutrients for their daily intake, in which they might only be able to afford cheap foods, which contain not very good nutrients in those foods. They can even possibly only eat once a day since they have to limit their daily intake for the next several days’ foods consumption. As a result, it is very possible for these people, especially teenagers to be infected by various type of diseases due to their living conditions, as well as their living environment. 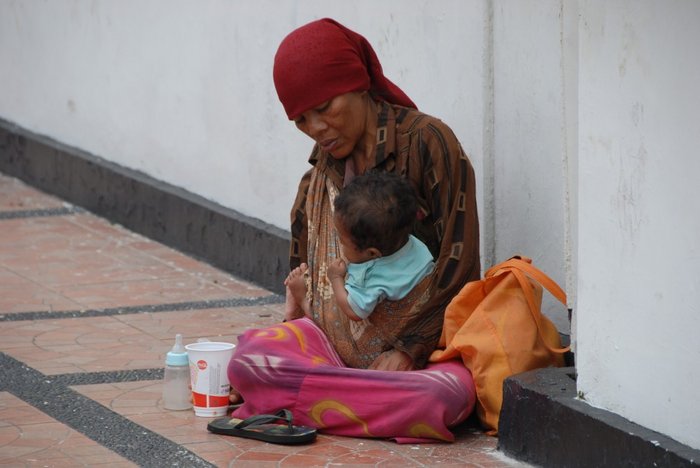 As an illustration, Budi, a high school student in one of public school in Central Jakarta, lives in a family with his father working as an empty bottle collector and expected to receive an income of only Rp. 5,000.00 (US$ 0.5); and his mother working as a singing beggar on the street. In addition, Budi is also working apart from his school as a shoe polisher on a bus terminal. He lives with his 5 siblings who are still a kid. As a family, they live in a place along the sideway of a railroad which size is only fit for 3 adults actually. On their living site, there is a very limited supply of clean water for drinking, bathe, and cooking; and also limited electricity, in which it is almost impossible for Budi to study when it is dark already. Moreover, the noisy sound that runs during night and morning time always disturb them from their sleeping, making them having difficulty to sleep. This condition makes Budi often consumes sleeping pill in order to get a nice rest. Due to his parents’ very limited income, he and his 5 siblings often only eat once a day and probably have the chance to eat meat at least once a week only. For most of the time, they only eat vegetables such as cassava, tempeh, a famous Indonesian food made from soybeans; tofu, cabbage, etc. Besides, they have never taken any vitamins or supplements at all. Towards the end of his high school year, Budi suddenly has to be dropout from his school for not paying his tuition for more than 2 months. He is trying to accept the reality since he realizes that his family is having a really bad financial problem. Moreover, he thinks that his parents also need to take care of his siblings’ needs, thus he tries to understand his family’s condition and sacrifice his educations for his family’s good.

In contrast, life is completely different on the other side of the reality, in which there are so many people in Jakarta who have the chance of living a wealthy and luxurious life. These people taste the good life that not every people can enjoy. They have jobs and receive incomes on a regular basis, which makes them to have the ability to fulfill their daily needs, even their wants. Moreover, some people might become very wealthy due to their position in certain companies that they work in, let’s say CEO of a worldwide company. For this reason, the people will receive an extremely high amount of income regularly, making them to live a very good and happy life materially. They will have the ability to fulfill all their needs materially, in which they can provide themselves with the best living environment possible, good quality foods, entertainments, comfort, etc. For teenagers (high school students) living in such conditions, they will never have to worry about their life, unlike Budi’s condition in above example. They will be provided with the best educations possible from their parents, high quality foods that contained very good nutrients and also vitamins for their growth, doing their hobbies, a very luxurious and comfortable house complete with the best facilities, entertainments, etc.

For instance, Ryan is a 16 years old teenager who is currently on the second year of his high school period, is said to be living in a wealthy family with his brother and sister. As a family, they live in a big mansion in one of the most beautiful residence areas in the city, located along the Coast of Java Sea at North Jakarta. Ryan’s father is a CEO in one of the biggest company in the country and expected to receive a monthly salary of Rp. 400,000,000.00 (US$40,000); while his mother is a surgeon in one of the most famous hospital in Jakarta, receiving monthly income of approximately Rp. 200,000,000 (US$20,000). Ryan and his 2 siblings go to a famously known international school with a monthly tuition of Rp. 10,000,000 (US$1,000). As a teenager, Ryan is experiencing a very good life, in which he does not have to worry about his educations and transportations since his father provides him with a private car and a driver for his daily transportation to school, etc. For most of the time, Ryan eats at least 2 times daily, consuming foods that contained high quality nutrients, including meats, vegetables, as well as fruits. He also takes some vitamins and supplements for his growth. During the weekend, unlike Budi who has the obligation to work in helping his family financially, Ryan usually spend most of his time hanging out with his friends in a mall, watching movies in the cinema, shopping, partying, etc. As he grows older, Ryan wants to continue his education level to a higher degree, in which he plans to study in one of the best university in the United States, which will cost much amount of money to happen. However, it will not be a problem for him personally as he will be provided with these conditions by his parents.

After all, we sure can tell how big is the difference between the life of a teenager living in a family whom financial conditions is poor and teenager’s life who is living a wealthy and prosperous life. It will be very hard for students living under poverty to achieve their dreams. Even worse, they are even required to work to help their family financially. This condition that happens is very contrast to the condition that is experienced by teenagers living wealthy life. It seems like everything is provided for their needs without having to worry about the life. They just need to do their obligations of studying and living a good life, unlike other teenagers living under poverty who have so many obligations to do such as working, taking care of their siblings, studying, etc.