Diet is central to Jewish ethics, and a vegetarian diet seems to be a logical choice. You can base this on four pillars of Jewish ethics: tsa’ar ba’alei chaim (remember the pain of living creatures), bal tashchit (do not waste the world), pikuach nefesh (concern for human health) and tzeddakah (charity).

The first of these pillars, remember the pain of living creatures, would be directly violated by eating meat. Most farm animals that are raised for slaughter live in cruel and terrible conditions. They aren’t allowed to run free and are confined to small spaces. An animal isn’t really allowed to live before it is slaughtered. Biblical dietary laws are for the explicit purpose of holiness, but where is the holiness in meat? An animal in a slaughterhouse can be found dying, lying in their own feces in a crate hardly larger than their own body. They haven’t seen the light of day, let alone grass or trees or anything else that is beautiful in our world. This is not compassion and this is not respect for creation.

Eating meat also directly violates the second pillar: Do not waste the world. The Union for Concerned Scientists ranks animal agriculture as one of the greatest cause of environmental degradation, second only to the automobile. Cattle raised for slaughter take up one-fourth of the global land mass. As we saw in the video, Poisoned Waters, the excrement from farm animals becomes a river of sludge that is polluting our waters. Excrement from livestock is produced at the rate of 250,000 pounds per second. It is estimated that 20,000 to 30,000 chemicals a year are used to convert cattle into meat. Where do these chemicals go? They don’t just disappear, they are in the air we breathe and the water we drink. In 1988, the Environmental Protection Agency blamed agricultural runoff as the most extensive source of pollution. In addition, 15-20% of global warming can be contributed to methane gas emissions from the digestive tracts of cattle.

These factors tie directly into the fourth pillar of faith, which is concern for human health. Half of the antibiotics produced in the United States are fed to animals. This is contributing to the increasing occurrence of antibiotic resistant disease. Additionally, a meat-based diet plays a role in many chronic diseases such as colon cancer, osteoporosis, stroke, heart disease and hypertension. A study by the Physician’s Committee for Responsible Medicine estimated that “the yearly national health care costs of eating meat are comparable to the estimated $50 billion spent each year to treat illness related to smoking.” Studies by The Center for Science In The Public Interest had concurrent results, finding that meat contributes to as many deaths as smoking each year, approximately 400,000.

In response to charity, which is the fourth pillar of faith, a vegetarian diet can provide much more economic meals. In the United States there are over twenty-five million malnourished adults and children. Unfortunately this is often due to “bad food rather than no food.” For example, as part of a meal containing salad, rolls and a potato, a family of six can eat a bean or lentil patty for about $1.50 compared to $4-8 depending on the type of meat, while receiving the same amount of protein.

In conclusion, a vegetarian diet is the most moral, environmental, nutritional and economical choice. It follows four pillars of Jewish ethics as well as simply a better decision for people, animals and the environment. 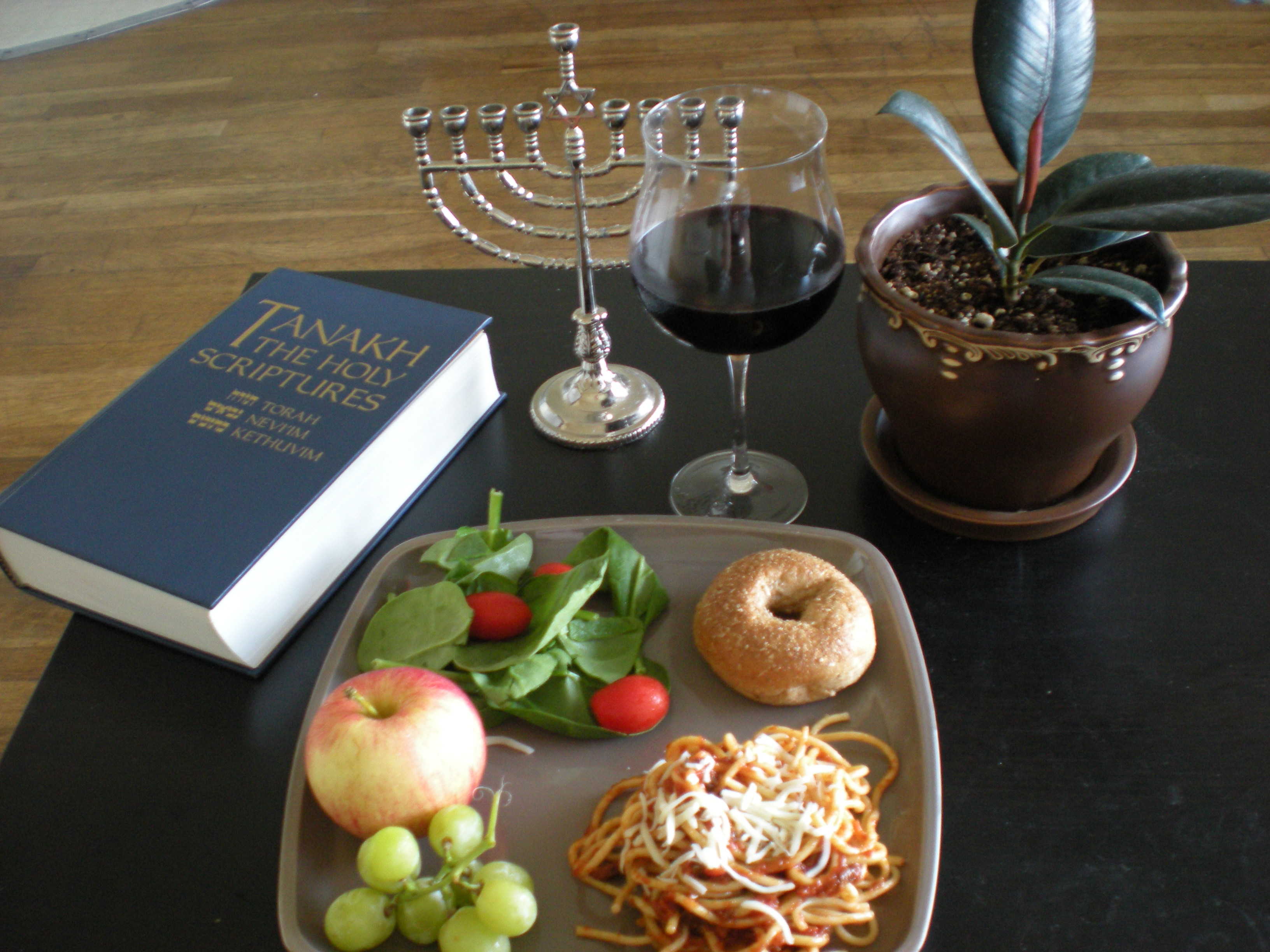