Tihlo is a unique food that originated from a small part of northern Ethiopia and it is now spreading throughout Ethiopia. It is a healthy food, easy to make, and has a very good taste. It is made of barley flour. Interestingly, in Ethiopian culture, only women make it---it would be unusual if a man was seen making it. This is because in Ethiopia the large percentage of women make almost all the food. It is more rare for men to make almost all the food since it is all made of women, and they might even be called girlish if men/guys were seen making this this particular food. It is unlikely for men to do any sort of food preparation in Ethiopia. Barley flour, the main ingredient of this following recipe, can be found in any Ethiopian store (and many good supermarkets also have it). The chili peppers used in this recipe can also be found in an Ethiopian store, and is called "berbere"

This is how my mom makes this dish:
Then in the middle of this plate in a bowl is the stew.

To make the stew you do the following:
After thirty minutes of cooking, it should be cooked thoroughly and ready to eat. Use a fork to poke the Tihlo and dip it in the stew and enjoy eating it. There is a special tool to eat it with but a fork would be reasonable substitution. The tool that we use at home is made of carved wood that has two poky ends.

You can go to this website. It shows you how it this dish looks, and how to eat it. Tihlo 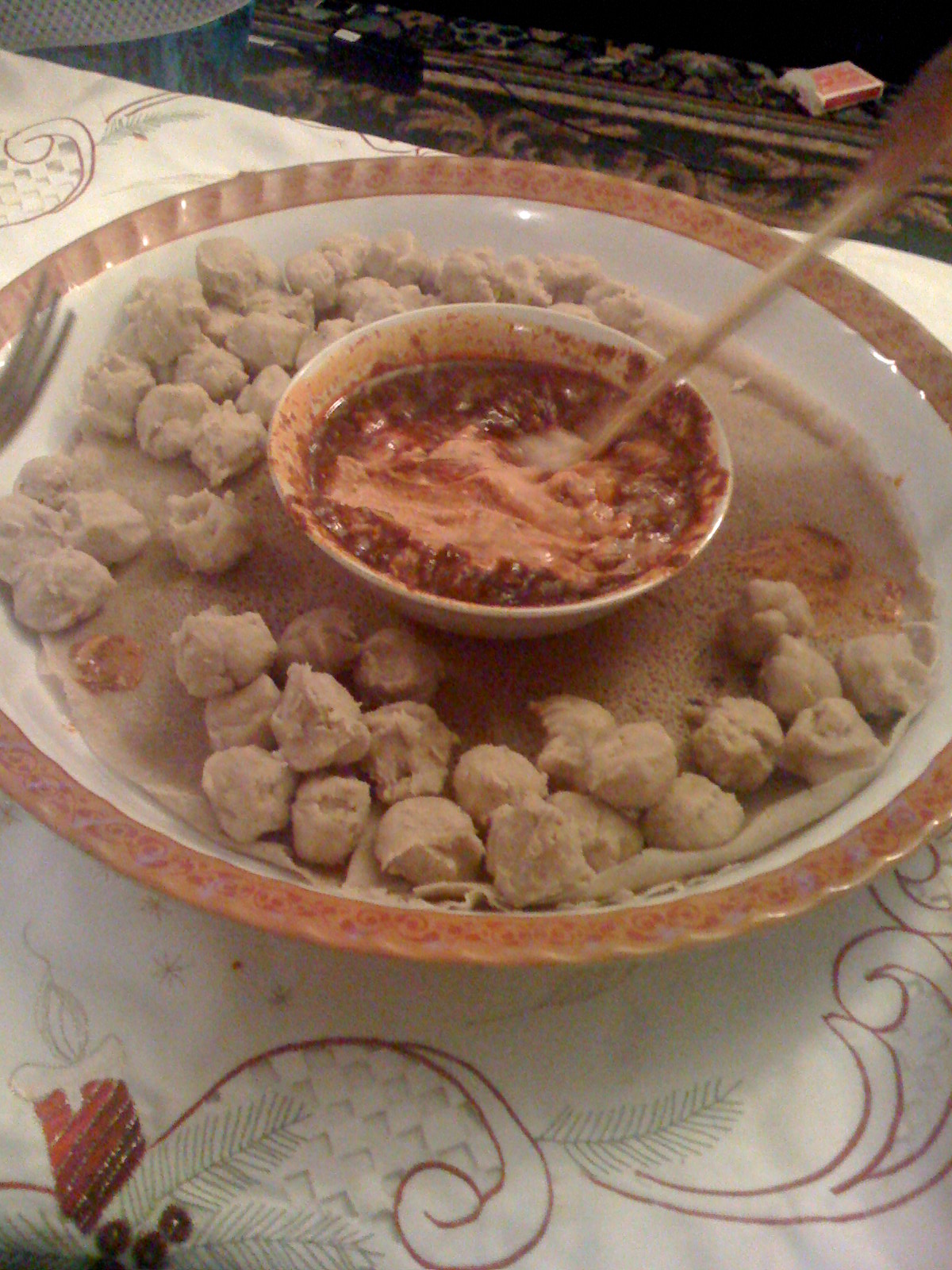 This picture here is from home, what my mom made. You can see the tihilo around the stew in the bowl in a wide plate.