There are many traditional foods in Indonesia. However, Pempek Palembang is the best traditional food in Indonesia and everybody knows what Pempek Palembang is. No one knows where Pempek from is exactly but they said it has been in Palembang since the 16th century. So, Pempek is from Palembang, which is part of Sumatra. Usually when somebody visits Palembang they would like to buy Pempek and bring it back to their city. Pempek Palembang is known as public food. We can find it offered in a restaurant, peddled on a pushcart or carried around in a slum. Certainly, there is a Pempek seller in a school’s canteen as well. It’s not easy to make Pempek but it can be enjoyed in every situation. In addition, Pempek has many variations and appearances. There are pempek kapal selam, pempek lenjer, curly pempek and meat ball pempek. Below are some pictures for every kind of Pempek.
Here they are:

This is called Pempek Kapal Selam. 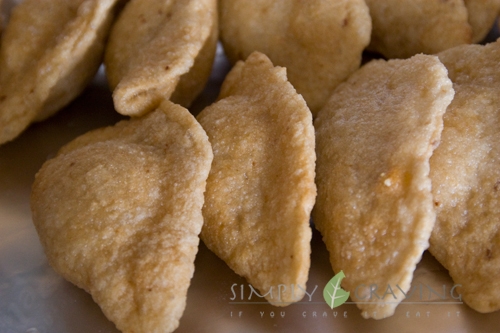 This is called Pempek Lenjer 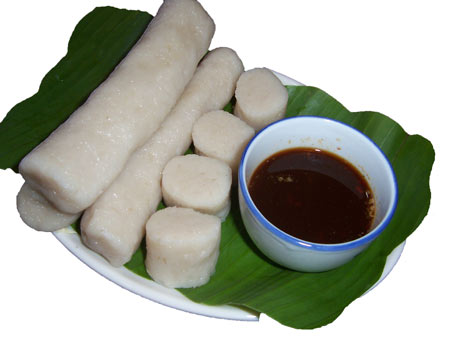 This is the Curly Pempek: 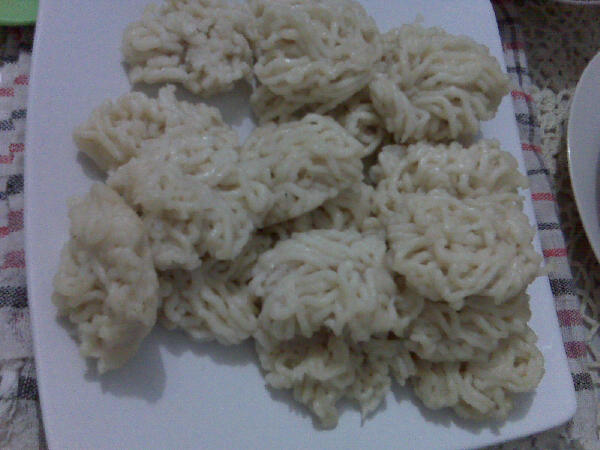 This is Meat Ball Pempek: 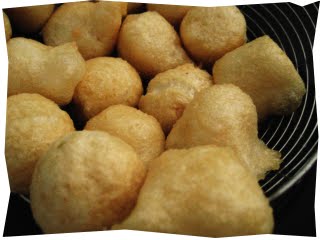 These are the entire recipe for Pempek:
Soup: How to make it:

1. Mix flesh of fish, pour the warm water and salt into it and then add sago palm flour and wheat flour lit­tle by lit­tle while mix­ing until it is mixed.
2. Form it into an oval shape; make a hole in the mid­dle with a fin­ger. Then turn it around while press until it becomes a pocket and put some broken raw egg in. Next, close the hole tightly.
3. Boil some water and put pem­pek shapes in one by one. Wait until pem­pek until it floats at the sur­face. Take them out and drained.
4. Soup: Boil some water. Put in gar­lic, soy sauce, sugar, brown sugar, and salt. Fil­ter the dregs. Add vine­gar and mixit.
5. Fry pem­pek in enough oil. Take them out and drain when they are brownish.
6. Cut fried pem­pek and put in a plate. Add some noo­dles and cucum­bers above them (if you like) and pour the soup. Pem­pek kapal selam is ready to be offered.


Notes: you could steam the Pempek or you could fry it. It is depends on how you would like to eat it. Moreover, Pempek is not easy to spoil. You could put them in the table for 1-2 days after you buy it and bring it to your home. As soon as you put Pempek in the fridge it makes the taste better when you want to cook it, or if you want to give to somebody. Okay let’s try to make it!


Link for the pictures: